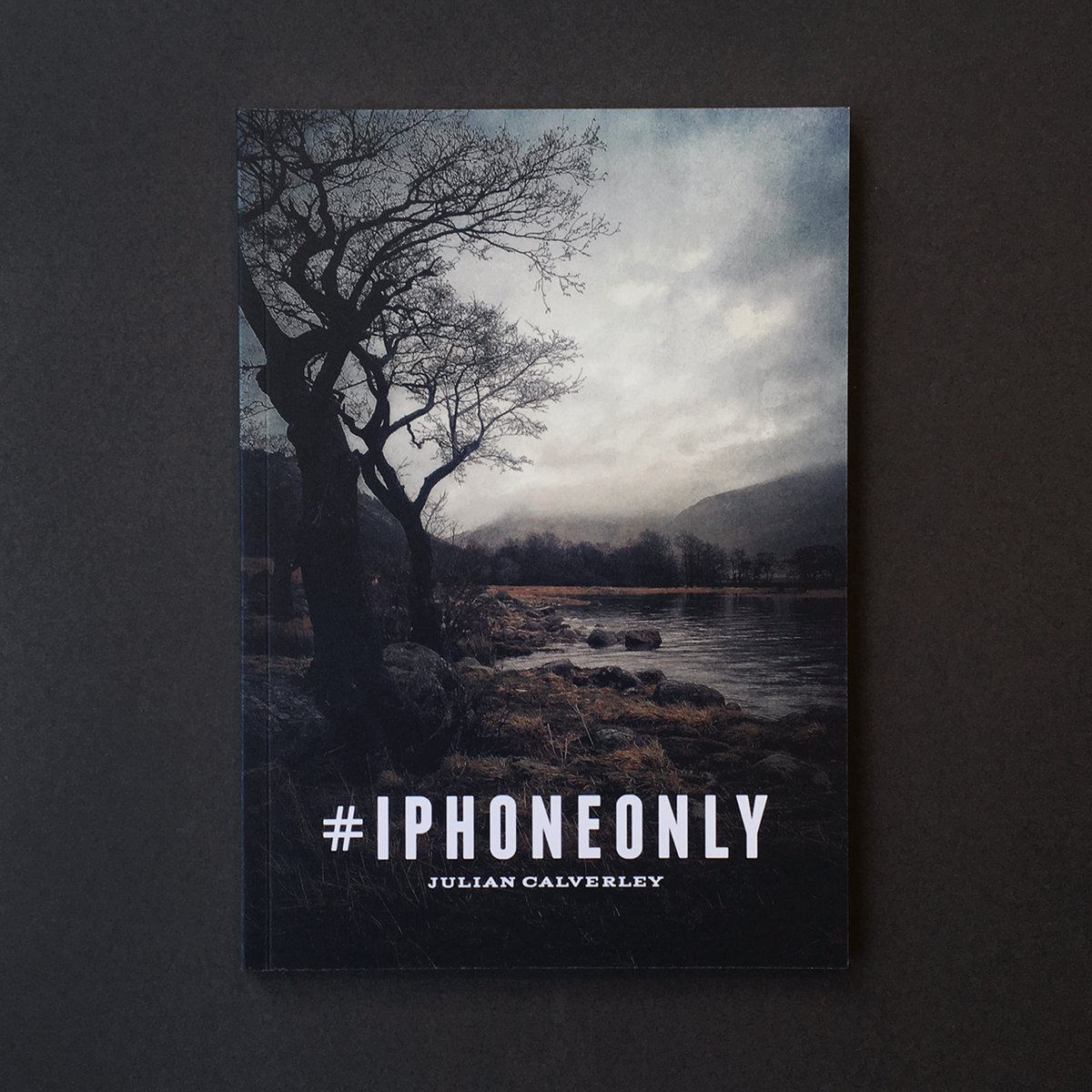 Not really a magazine, more a beautifully produced mini monograph of landscape photographs, made entirely on an iPhone by Julian Calverley. We have a small stock of signed copies of the #IPHONEONLY book available.

Julian Calverley is a landscape and advertising photographer. Although known for his advertising and large scale atmospheric landscape work, the last few of years have seen him embrace camera phone photography. It had never really occurred to him before to use such a device, having always considered his ‘professional’ camera equipment to be the only real choice.

The spontaneous and portable nature of the iPhone, the availability of some excellent image processing apps and the ability to share the work with a wider audience via various microblogging platforms, makes it a powerful and liberating tool, capable of some surprising results.

Often when he's out in the landscape, he'll find himself waiting for a certain quality of light or sea state, or for weather to change, and it's those moments when he'll often take a picture or two with his phone camera. Sometimes it is simply to record the scene in front of him, other times to take a portrait of his ALPA camera, a sort of 'lonely selfie' or memento, from simply being there, and often when scouting a location, the camera acts as a visual notebook, to record specific locations to which he'll return to.

This book is a collection of 60 of those images.

0
Your bag is empty
Start shopping